hi gentelmans ! my name is Anastasya

An unique client selection is what keeps the courtesan exclusive to her elite gentlemen circle. The woman who accepts all requests she sadly looses her exclusivity and is no longer considered an option for the elite gentlemen who understand the difference.

Time for a quiet adventure!! Take me as I am, do as YOU please! Let's have some discreet fun! Brunette, hispanic, DD, beautiful lips, Hispanic, Natural hair, real nails, no makeup and still Beautiful!!!!

Simply put, I'm looking for a casual yet ongoing relationship with all the perks and none of the drama. Sure, it's easier said than done, but I've been there before and am open-minded enough to steer clear of all the typical pitfalls. Of course, we can do things outside the bedroom, too - hanging out, parties, road trips - whatever, really. If this sounds good so far, do read on...

As for me, I'm an emerging artist, with interests spanning from books and music to light kink and generally alternative lifestyles. I eat well and keep myself in great shape, although I'm not opposed to drink and smoke. Overall, my wittiness tends to shine most, and if you're into dark features and tattoos, be sure to ask for a photo.

You should just be you. I don't necessarily have a type, so as long as you're well put together, generally outgoing and like-minded, then we should be good. As far what you're into goes, while there isn't a whole lot I'm opposed to behind closed doors, I get along just as well with girls who are a little more tame. Again, I'm not going to set too many limits here; instead, I'd rather just chat a bit or meet-up for coffee and figure things out that way.

So, dear stranger, by now you can probably tell whether or not we might get along. If you're thinking 'yes,' then I'd love to read back from you. But please, no one-liners. I put some effort into this, and you should do the same if you're going to respond.

Into a few fetishes

I have a university education and i speak english,italian,french and spanish

Be involved! seminar in Daugavpils | LATLIT

The locals we do manage to spot, hunched around tables at the few bars we stumble upon, eye us with a silent suspicion. We try and smile back at strangers who pass a cursory glance but we all we get is this cold, listless stare.

It might be have been our pathetic pigeon Latvian. It might be also the fact that English and even the national language Latvian is useless here. Twenty years after independence and following decades of Russian emigration, young people moving away seeking better pastures and low birth rates, Daugavpils feels like a forgotten city. It is also the only Latvian city with a Russian majority. Everywhere we walked, we saw street signs, adverts , restaurant names in Latvian but the voices we heard were Russian. 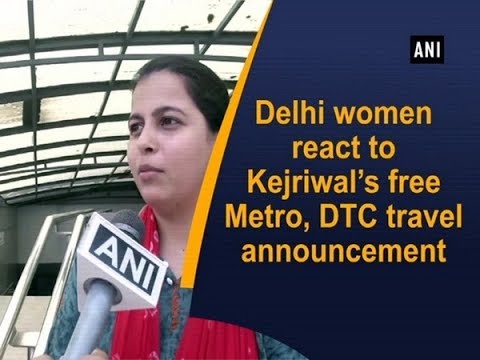 It feels a world away from the capital city Riga. Throughout our 24 hours there, we rarely came across any tourists. We felt like a complete novelty here. It had been awhile since we both had felt this sensation of feeling completely alien and disorientated in a city. It is just km from the Russian border — 33km from Belarus and 25km from Lithuania. That I guess, was weirdly part of the attraction. In this day and age of the internet and social media, there are no more mysteries, no element of surprise and Daugavpils definitely was surprising, a shock to the senses.

The sensible thing, given the relative solitude and lack of action would have been to return home to our very unique accommodation, more of which I will reveal later. However the truth was, we were still buzzing from the after effects of our visit to the Smakovka Museum.

After the tour, a glass bottle is slapped onto a table covered with red chequered cloth. I choke a little while Sabrina on the other hand necks it down without batting an eyelid, true to her sturdy Germanic Viking roots. I stutter out of the museum and into the relative calm of the city centre. The performing live band who I could describe as heavy neo goth metal practiced a few of their songs when we came in but then mysteriously disappearing outside for beers, never to return. I think we were just out of gas, or maybe us just getting too old or maybe the unlikely duo of smakovka and unpasteurised Latvian beer mixing in our belly was knocking us out.